You are here: Policing Slavery » Working with Partners and the Public

Working with Partners and the Public

Collaboration with local government, public sector partners, NGOs, regulatory agencies, the business community and the public is essential to limit the potential for exploitation and trafficking
Follow @policingslavery

Working with Law Enforcement Partners - Police alone cannot deal with the menace of Modern Slavery and Human Trafficking. It is essential that Law enforcement agencies within the UK work in close collaboration, nationally and locally, to support the goals of the Government modern slavery strategy. Key partners include Border Force, the Crown Prosecution Service, the Gangmasters and Labour Abuse Authority, HM Revenue and Customs, the Department of Work and Pensions, Immigration Enforcement, the National Crime Agency and the National Police Chiefs Council. 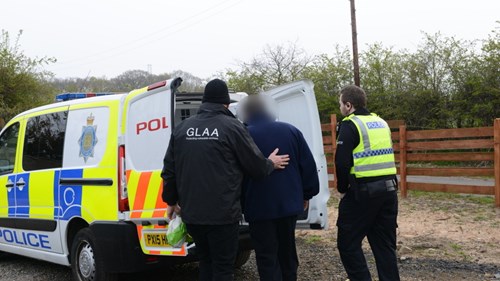 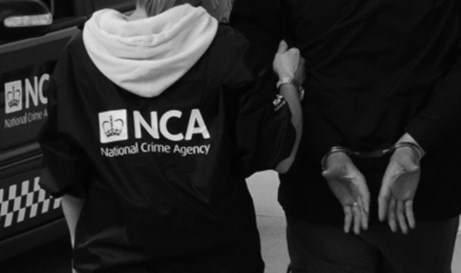 Co-ordination frameworks established by the National Crime Agency identify and direct law enforcement, including the police, towards to the areas where they can have the greatest impact.

Through the Modern Slavery Transformation programme and now the MSOIC Unit, the embedding and co-location of resources across agencies and within policing has helped to build understanding between teams, identify best practice and streamline processes. Improved intelligence oversight and analysis of risks, active threats and live investigations is in turn also helping to improve effectiveness in the marshalling of our resources.

International Enquiries - Since leaving the European Union the UK government has been in negotiation with the EU on a range of subjects including EU wide police and law enforcement cooperation. The arrangements that existed when the UK was in the EU continue at the current time until 31st December 2020. The NPCC International Crime Coordination Centre (ICCC) is the one stop shop for policing and law enforcement when making international enquiries. They will be aware of any changes to processes and procedures if and when they occur. 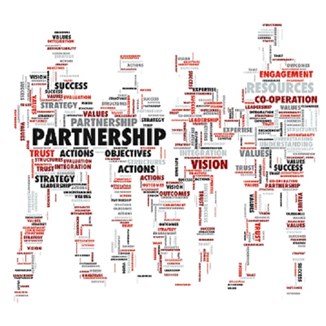 Promoting partnership approaches - When modern slavery and related crime comes to light, the role of the police in providing for the immediate protection of victims and in pursuing perpetrators is clear. However, a broader coordinated approach involving a range of partners is needed to offer continuing support to often vulnerable victims and to prevent exploitation from having a place in our communities. The ultimate goals of minimising and ideally eliminating the conditions in which modern slavery and human trafficking can grow needs a collective effort at a national, regional and local level.

Raising public awareness - Members of the public, whether at their workplace, in their communities or as part of their everyday lives, have an important role in reporting concerns if they believe someone could be a victim of exploitation. Raising awareness of this wider public responsibility is vital. Work in this area by charities like Unseen and Hope for Justice; by faith groups including The Clewer Initiative and The Santa Marta Group; and by PCCs, law enforcement agencies and police forces proving successful.

Unseen has produced a Modern Slavery Helpline smart phone app which makes it easy to report concerns at the touch of a button. The Unseen app also provides further information about spotting the signs of modern slavery. Whether reported by phone call or via the app, the team at the Modern Slavery Helpline can then work with police and other agencies to ensure that calls are responded with the most appropriate support.

More general concerns about individuals who are at risk of exploitation or about locations where it is believed exploitation could be taking place, should be reported to the Modern Slavery Helpline on 08000 121 700.

The Independent Anti-Slavery Commissioner demands a consistent response across the UK in order to ensure that victims are properly supported and those who offend are pursued and prosecuted accordingly. The Commissioner works with law enforcement agencies, charities, faith groups, businesses, international organisations and government agencies.

Role of PCCs and the NATMSN

Police and Crime Commissioners (PCCs) as the elected strategic leaders for the local delivery of policing and community safety, are ideally placed to initiate and coordinate action to tackle modern slavery and exploitation. In January 2016, the PCC for West Yorkshire and national lead for modern slavery and human trafficking, Mark Burns-Williamson OBE, launched the National Anti-Trafficking and Modern Slavery Network (NATMSN). The network brings together all PCCs across England and Wales with strategic leaders from the National Police Chiefs’ Council (NPCC), the Home Office and the Independent Anti-Slavery Commissioner to discuss how to improve working together and champion efforts that focus on modern slavery and other associated areas of vulnerability and serious and organised crime.

The NATMSN has strengthened in its operation and increased engagement with PCCs. The network provides regular communications and briefings to PCCs on a wide range of activities, topics and issues and each network event has also provided PCCs with more in depth information on emerging issues and key themes as well as opportunities for discussion and collaboration.

PCC activity in awareness-raising and outreach work - Police and Crime Commissioners have already undertaken a significant amount work raising awareness of modern slavery amongst community safety partnerships, faith groups and local businesses. Other targeted activity has also included communications programmes to contact at risk and vulnerable members of the public who could fall prey to exploiters.

Through this work it is expected that new national programmes may emerge. This would be programmes of potential partner activity that have proven to be effective in individual policing areas and that have the potential to be scaled up either regionally or nationally.

PCC Modern Slavery Toolkit - The new toolkit provides PCCs with consistent background information on modern slavery and provides a collection of case studies on how PCCs have tackled these challenges over recent years. This includes information about a wide range of prevention and awareness initiatives from targeted communication campaigns, training support, working with businesses to tackle modern slavery in supply chains and reaching out directly to vulnerable groups. While any PCC-led activity will need to be tailored and directly relevant to the need of the local community, the toolkit is a great resource for PCCs and their teams as they work to create, or renew, their plans to tackle modern slavery locally.