You are here: Policing Slavery » Transforming our response » What is being achieved?

What is being achieved? 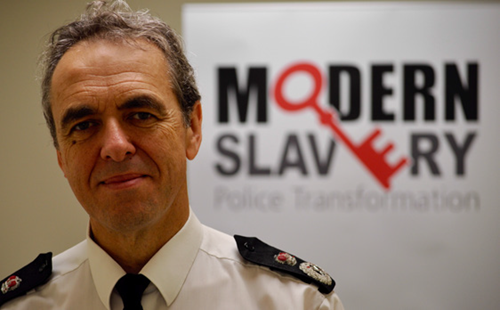 The modern slavery police transformation programme has provided the foundation for police forces to improve their response to modern slavery, and in doing so, has also influenced system-wide changes in the UK’s domestic response to this threat.

Through collaboration with partners across the law enforcement, including every police force across the country, we have developed a much greater understanding of the spectrum of offences that relate to modern slavery. We have learnt more about the victims, the offenders, and the conditions of vulnerability that enable these types of exploitation to occur. Investigators, analysts, and other specialists have received bespoke training to enable them to more effectively deal with these complex crimes. The scope, pace, and effectiveness of our operational activity has improved enabling police to pursue a significant increase in the number of live modern slavery investigations.

We have also worked closely with PCCs, with government at a policy level and more locally by strengthening the local network of anti-slavery partnerships, to help raise awareness of modern slavery and to encourage preventative action. Practitioners have also worked to escalate the very real challenges that exist within the victim support system.

My sense is that public awareness of modern slavery continues to grow though we are still some way off the point where everything that the public sees is consistently reported to us. As awareness grows, then so will the demand for a policing response.  Through the transformation programme we have sought to ensure officers are supported in this work by providing access to guidance, lessons learnt and other support materials. In doing so I believe we have shown that establishing centres of knowledge and expertise can work relatively quickly to improve the overall law enforcement response.

The modern slavery programme was initially funded for two years because a time-limited funding stream was all that was available when the programme was first commissioned. At the time, we knew less about the scale and complexity of the issue and needed to take initial exploratory steps to find out more. So I am delighted to have received additional funding to all allow the Programme to continue its work to March 2020.

Whilst we cannot yet say that policing is perfectly consistent in its modern slavery response, we can reflect that we are now far ahead of where we were two years ago. Some forces are more sophisticated than others but all have taken steps to make significant improvements. However, there will always be some that are further ahead and so a key role of the MSPTU is to ensure that no-one falls behind within the law enforcement family. Together, and in working with a whole range of partners, we have succeeded in supporting a series of initiatives that are helping to improve the overall system response to modern slavery. With more time there is significantly more we can do though we should also positively recognise the progress made to date.

Latest activity snapshot up to September 2019

The number of potential victims protected as a result of police activity continues to increase. Overall, the number of NRM and DTN referrals received by police and other competent authorities continues to grow with greater public awareness and activity from partner agencies. (NRM and DTN referrals made by police and other "first responder" organisations indicate potential victims of modern slavery offences).

Since 2017, more than 6,200 specialist modern slavery training days have been delivered by the programme to more than 4000 police officers and staff. All forces in England and Wales have participated. The delivery of specialist training activity continues.

Forces are also able to increasingly deliver the own activity with a network of more than 150 trainers having been equipped to support the delivery of general awareness training locally.

A series of CPD events provided additional input for officers in the use of ABE interview techniques in modern slavery cases, specifically in understanding the needs and vulnerabilities of MSHT victims.

Analyst and research staff working for police and other law enforcement agencies nationwide have received specialist training, via a national conference and at 26 one-day CPD events, on the research techniques needed to support the prevention, intelligence and investigation work needed to tackle modern slavery.

Awareness and specialist investigation training materials have been accredited by the College of Police and are now available across UK law enforcement. Forces are now increasingly leading in the local delivery of modern slavery training.

Police forces increasingly seek earlier engagement and closer collaboration with the Crown Prosecution Service in the planning and development of complex modern slavery investigations. Additionally, more than three quarters of police forces in England and Wales have participated in case file reviews to gather and share best practice in the detection and preparation of effective prosecutions under the Modern Slavery Act 2015. This programme of review and continuing improvement is available to all forces.

A national prosecutions action plan has also been developed which supports and tracks actions co-ordinated through a multi-agency prosecutions oversight group.